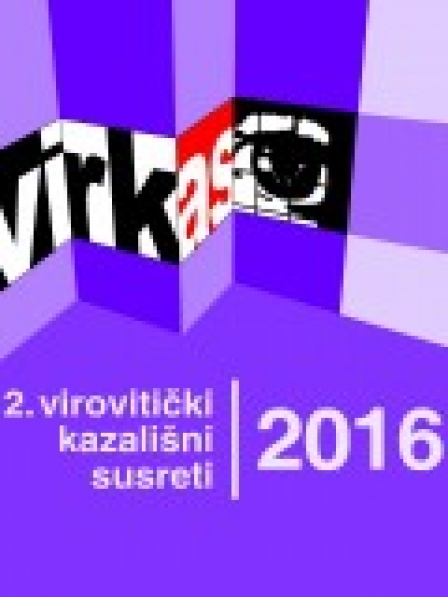 NETA - New European Theatre Action, which has its seat in Ljubljana and brings together almost 80 members from 22 European countries, this year once again includes in its program the implementation of NETA festival program in international theater festivals. The festival programs of the network are adapted to the content and extent of individual festivals, which include the selected performances of the NETA network members and the promotion of the NETA network itself.

This year’s events will be launched in Croatia at the festival VIRKAS in Virovitica (04. 03. - 06. 03.), and will continue in May at international festivals in Montenegro (MIT FEST), Festival of Small Scenes in Vratsa (Bulgaria), ALBAMONO Festival in Korchi (Albania), and in autumn at the Festival »Risto Šiškov« in Strumica (Macedonia) and EX PONTO Festival in Ljubljana (Slovenia). This year the NETA festival program will be held for the first time in Virovitica in Croatia and will consist of two performances of the Slovenian producers: performance “ Eve of Retirement” (“Pred upokojitvijo” ) by T. Bernhard of the Prešeren Theatre Kranj and a dance-theater performance "Tobelia" by L. Đurković, which was formed in a co-production of the EX PONTO Festival (KD B-51) from Ljubljana, Drama Theatre from Vratsa (Bulgaria) and the Small Drama Theatre from Bitola (Macedonia). This program will also announce a wider NETA program for the next few years (4-6 selected performances of the NETA members).

The festival and promotional activities of the NETA network also include NETA International festival in Tbilisi (Georgia), which will last from May 28th to June 3rd  2016, and the promotion of NETA network with selected performances in Paris and Brussels.